Sheva Carr is the founder of HeartMath’s HeartMastery Program through Fyera!, as well as the founding Executive Director of the Fyera Foundation and Sunflower SunPower Kids. She speaks to people all over the world on how to access heart intelligence, and on how to receive the benefits of the heart’s impact on consciousness, health, performance and creativity.

In her teens, Sheva’s commitment to service brought her from her rural hometown in Nova Scotia and a career as an actress, to world travels, medical training and work with street children in a Nicaraguan war zone.

Upon her return to North America, she was riddled with physical and emotional symptoms that eluded medical diagnosis. She tried everything and anything under the sun to find wellness, entering premed and alternative medical school on her search. Then, on a spring break from school, she volunteered at the Institute of HeartMath. As luck would have it, she was given the job of transcribing their research. As she listened and typed, she was surprised with self recognition. All of her symptoms were explained succinctly and concretely by HeartMath’s research. 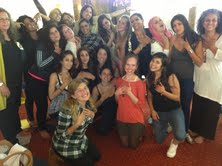 It turned out that Sheva was experiencing an advanced stage of chronic post traumatic stress from living in the war zone as a teenager. Eight years after leaving the war zones of Nicaragua, and within two weeks of learning and practicing the HeartMath tools that Sheva now teaches, her symptoms disappeared. She observed equally efficient and empowering results in her patients when they applied the HeartMath tools. This inspired her to reach as many people as possible with the practical yet powerful potential of applied heart intelligence, and out of that passion and compassion was born HeartMastery.

On the path paved of love that the HeartMath tools empowered Sheva to send the Nicaraguan street children she had been so devastated to leave behind, 12 years later she received a remarkable surprise. These same children, now fully grown adults, came to find their “red haired mother” via the Internet.

Reunited again through many tears of joy, together they formed the Fyera Foundation and the Sunflower SunPower Kids program (www.fyera.org ).

Their reunion also led to the creation of “Care Counts!” a one hour HeartMath training DVD for school children ages 8-12 in collaboration with the Gratts Elementary School and the Los Angeles Unified School District.

You can watch a film of their story on YouTube here:
http://www.youtube.com/watch?v=pEl_ezYklnI

Sheva did her undergraduate work in fine arts, cross cultural international studies, Spanish, and premed at Carnegie Mellon Universty, Yale, Friends World College, and Dalhousie University. She received experiential credits for her work in Costa Rica, Nicaragua, Holland, England, and Canada. Her Masters Degree is in Traditional Chinese Medicine from Yo San University.

Sheva has trained and coached numerous hospital staff across the US, and founded the first HeartMath hospital patient education program at Earl Bakken’s Heart-Brain Institute in North Hawaii. She co-authored HeartMath’s Stopping Emotional Eating Program with Doc Childre and Deborah Rozman and was the coach and manager of the participants involved in the study done on that program. Previously on the Faculty of Alternative Medicine at University of Minnesota, and a professor of Oriental Medicine at Emperor’s College, she has worked as a coach and consultant to leading cardiologists, heart-brain researchers, and physicists, and has been published in such prestigious journals as Perspectives in Biology and Medicine. She has trained government agencies, and soldiers preparing for deployment to Iraq and Afghanistan, as well as young women from Israel and Palestine engaged in peacemaking dialogues. Where healing and performing arts meet, she has also come full circle, as a consultant to cutting edge creators of culture in the film, television, and music industries. Here, where she began her career, she is able to blend her knowledge of fine arts and physiology to facilitate coherent teamwork and align emotional fuel with visionary intent through the power of the heart. She is delighted to be a graduate and continual student of Joan Scheckel’s film directing lab (www.joanscheckel.com). 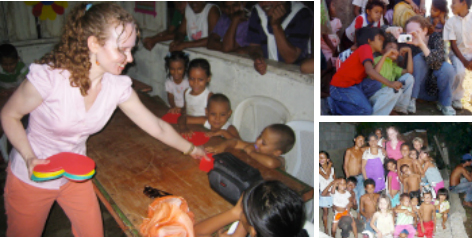 Sheva now has over 30 years of experience in fine arts and over 20 years of experience in acupuncture, herbal medicine, polarity therapy, birthing assistance, coaching, and stress management research and training. But who she is at heart is always a beginner learning new, and always willing to witness impossible good made real through the power of her student’s hearts. She lives in Boulder Creek, CA with her orange tabby Gingee and her beloved of 14 years Robert Browning, who is a director of development for HeartMath’s hospital programs.